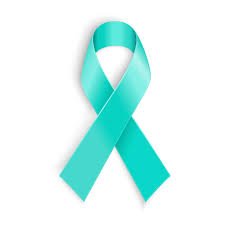 There are many different terms to refer to sexual assault committed by a person in a relationship with the victim, including: intimate partner sexual violence, domestic violence, intimate partner rape, marital rape, and spousal rape. No matter what term is used or how the relationship is defined, it is never okay to engage in sexual activity without someone’s consent.

How does sexual assault relate to domestic violence?

Sexual assault in a relationship rarely exists in a vacuum. It often occurs alongside other forms of abusive behavior. The majority of women who were physically assaulted by an intimate partner had been sexually assaulted by that same partner

The term “date rape” is sometimes used to refer to acquaintance rape. Perpetrators of acquaintance rape might be a date, but they could also be a classmate, a neighbor, a friend’s significant other, or any number of different roles. It’s important to remember that dating, instances of past intimacy, or other acts like kissing do not give someone consent for increased or continued sexual contact.

In other instances the victim may not know the perpetrator at all. This type of sexual violence is sometimes referred to as stranger rape. Stranger rape can occur in several different ways:

Blitz sexual assault: when a perpetrator quickly and brutally assaults the victim with no prior contact, usually at night in a public place

Home invasion sexual assault: when a stranger breaks into the victim's home to commit the assault

Contact sexual assault: when a perpetrator contacts the victim and tries to gain their trust by flirting, luring the victim to their car, or otherwise trying to coerce the victim into a situation where the sexual assault will occur

Survivors of both stranger rape and acquaintance rape often blame themselves for behaving in a way that encouraged the perpetrator. It’s important to remember that the victim is a never to blame for the actions of a perpetrator.

The term incest refers to sexual contact between family members. Laws vary from state to state regarding what constitutes crimes of incest, child sexual abuse, sexual assault, and rape. Regardless of state laws, unwanted sexual contact from a family member can have a lasting effect on the survivor.

What can keep a victim of sexual abuse by a family member from telling someone?