What is Complex PTSD? 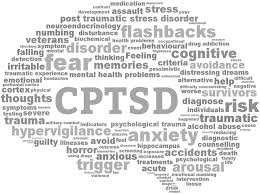 The original diagnosis of PTSD was based primarily on work with combat veterans and assumed to apply to survivors of other types of trauma. However, in the 1980s, clinicians and researchers began to note that the diagnosis did not seem to capture the broader impact and symptom range of survivors of more chronic and interpersonal based traumas.

In 1992, Judith Herman proposed a syndrome she called Complex Post Traumatic Stress Disorder (CPTSD). Herman suggested that CPTSD is more likely to manifest following traumas that occur in childhood, are prolonged, and are interpersonal.

The new International Classification of Diseases (ICD-11) is expected to include Complex PTSD as a diagnosis, which will include the following symptoms (see "What is PTSD for more information on 1-3"):

If you have CPTSD, you may experience the following: