What is Intimate Partner Violence 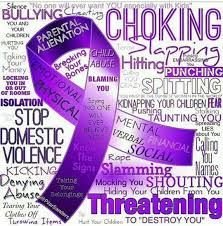 This abuse can be defined as… an intentional pattern of behavior used by an individual to gain and/or maintain power and control over an intimate partner that results in actual or perceived harm. The overall goal is to decrease the victim’s options.  The behaviors can be physical, sexual, psychological, emotional, spiritual, or the destruction of property and pets.  The combination of behaviors used is unique to each primary aggressor, but the goal is the same.

"Family Violence" is defined in the Texas Family Code (Section 71.004) as:

A pattern of coercive control that one person exercises over another. Battering is a behavior that physically harms, arouses fear, prevents a woman from doing what she wishes or forces her to behave in ways she does not want. Battering includes the use of physical and sexual violence, threats and intimidation, emotional abuse, and economic deprivation.